Posted by DivaDebbi at Thursday, February 28, 2013 No comments:


I am always on the hunt for fabulous anti-aging creams for the body. There are literally thousand of lotions and potion for our faces.  The body however, lags sadly behind. Yes, there are some high end body creams that are infused with Retinol, cermides and vitamins, but they are pricey. If you go through body moisturizer as quickly as I do, it quickly becomes unfeasible for the long haul.

When I received a reach-out about CeraVe, a product I had not heard of, I quickly scanned the ingredients listed on the press release...As soon as I spied, " salicylic and hyaluronic acids, I asked to sample it.

My friends and readers often email me with their new favorite finds. By pure coincidence, my old NYC roommate Lori emailed me to to say she was using a new face cream at night called CeraVe and she absolutely loved it.  I asked if it came in a big white tub, because I had just started using it on my body.  It didn't.

I researched it a bit and found out that CeraVe Renewing SA Cream is not a single product, but one of eight moisturizers and two cleansers:

Read more »
Posted by DivaDebbi at Wednesday, February 27, 2013 No comments:

Posted by DivaDebbi at Tuesday, February 26, 2013 No comments: 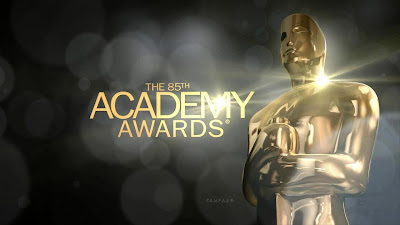 I have been watching the Academy Awards for as long as I can remember.  I love film and adore fashion, so for me it's a night I always look forward to.

I truly think the world stopped spinning on its axis in 1995, when Uma Thurman, nominated for Best Supporting Actress in Pulp Fiction, stepped on to the Red Carpet in this lavender Prada ensemble.

I was as breathless as the scene in the movie where Uma, dying from a cocaine overdose, is brought back to life by a shot of adrenaline administered straight to the heart by John Travolta.

It also sent me wistfully back to my childhood, where I would stare enviably at  my favorite Walt Disney fairy tale heroine Cinderella's spectacular transformation. 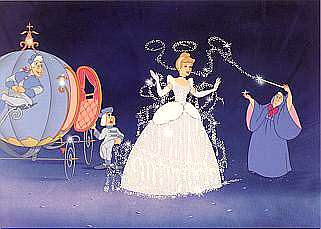 Could two images be more in opposition? What can I say???  I may have been hallucinating I was so excited.

Fashion mayhem literally ensued... Together, Uma and Miuccia Prada changed the face of what was chic.  Swathed simply, in layers of lavender organza, Uma looked ethereal and anyone in her path suddenly looked stiff and overwrought...

I live for these moments, and even more so, for the Tsunami's.

What is Love? by divadebbi

Posted by DivaDebbi at Saturday, February 23, 2013 No comments:

A few years ago, I spied a package of  Microwaveable Velcro rollers, in the "as seen on TV" in Yugoslavia  aisle at CVS.  Those puppies heated up in 50 seconds and created soft waves, with zero crimps.  I loved them.

Somewhere along the way I have lost quite a few of them, the remaining stragglers were officially shot.  I decided they needed replacing so I Googled, to know avail.  I checked Amazon and Ebay.  Apparently, I may have been their only taker. They are no longer for sale anywhere.

While at, where else CVS, I decided to checkout the few offerings they have in the "plug in" section for hair care products.  I don't know if the Conair set above is discontinued or I just got lucky, but they were on sale for $37.00.  With the promise of a 75 second heat up time and the same smooth , flocked, Velcro covering as my beloved microwaveable rollers, I figured they were worth a shot.

I'm quite enchanted with the lovely Jennifer Lawrence.  For such a young woman, she has great poise and style.  She rarely flops on the Red Carpet, because she trusts her own good instincts.I don't think I have ever seen her, when I have said to myself, "really???"

I loved her performance in Silver Linings Playbook and I am rooting for her to win Best Actress at the Academy Awards on Sunday night.

Jennifer was recently named the new face of Christian Dior Handbags, so of course she will be wearing haute couture, fitted to freckle, by the divine Raf Simons.  I am on tender hooks in anticipation.

As always, I will be pen in hand, taking notes for my DivaDebbi Red Carpet Report Card.  Don't forget to come back on Monday to see my flips and flops.