This set is the real me.  I have always thought that purple and brown look divine together. I am mad for this Etro Paisley pencil skirt juxtaposed with this drapey Helmut Lang top.  I think the Alexis Bittar dragonfly broach is heaven, the Verdura inspired KJL cuff is a great, next best thing, the Tory Burch boots are perfect and the J. Mendel bag is other worldly.

And I am accepting donations...

Tips for a Healthy Hoo Hoo...(Yup, you read that right)

When I started writing DivaDebbi back in 2008, I wrote a blog I named The Hoo Ha Spa, after reading a N.Y Times article about an N.Y.C. Dr. who was essentially opening up a spa for the vagina. It surprised and amused me then and still does.

Everyday I receive all kinds of pitches to try all kinds of products.  As you know, I much prefer to only write about products I have tried myself.  When I first received this email, from Healthy Hoo Hoo, my initial reaction was to laugh, remembering my original blog, similarly named.  Then I read about Healthy Hoo Hoo and realized that founder Stacy Lyon was actually cleverly filling a niche. To my own surprise, I asked to sample it!

Here is a bit more about her products and Stacy's sensible tips for maintaining a healthy hoo hoo:

Read more »
Posted by DivaDebbi at Saturday, September 29, 2012 No comments:

I admit, I am a fan of primers and as much as I would like to just swap my face primer on my lids, the ones made specifically to prime the lids are far superior. To lash primers make a difference??? Absolutely!!! Does it annoy me to have to occur the extra expense and time to make my mascaras work better??? Absolutely!!! I liked these beauty bits and took some notes. The big takeaway for me is where do I find Elf products??? Read on...
Posted by DivaDebbi at Saturday, September 29, 2012 No comments:

We'll always have Paris... by divadebbi

This set was inspired by these Julia Louis Dreyfuss.  At the Emmy's last Sunday, she wore a beautiful bordeaux Vera Wang gown, but what really popped it, was the magnificent opal Irene Neuwirth earrings she wore with it: 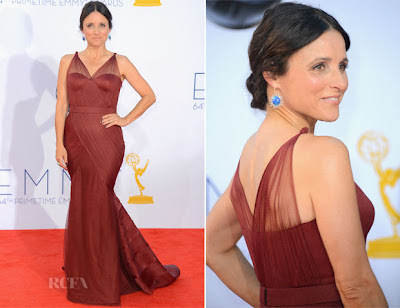 When I saw this stunning pair on Irene Neuwirth's site on Polyvore, I knew I wanted to create my own ensemble to pair with them.

Posted by DivaDebbi at Friday, September 28, 2012 No comments:

My favorite lipstick consistency would be chap stick. I like a soothing balm, with a hint of a glossy finish, add color and I am one happy camper.

I have been extremely pleased with the Revlon Lip Butter's I've been using and for $10, it's an unbeatable bargain. In the last few months, I have buzzed through at least 5 tubes.

I was in Sephora the other day to pick up another tube of Korres' extraordinary Anti-Aging Primer. I still have a third of a tube left, but I felt a nagging panic that it might be out of stock if I waited to the last drop.

This is hands down the best primer I have tried.  It smells heavenly, applies like silk, allows for flawless makeup application and will keep our makeup looking fresh for hours.

While I was in the Korres section, I noticed that they too have a "butter" lipstick...mango butter and its formulated without parabens or sulfates.

Darling, did I overdress???

Darling, did I overdress??? by divadebbi featuring nars cosmetics

Posted by DivaDebbi at Wednesday, September 26, 2012 No comments: 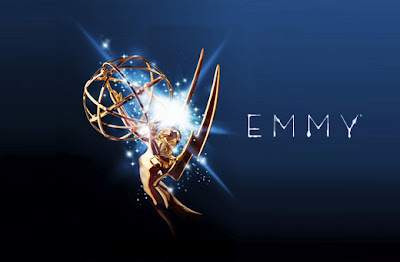 OK Darlings, it's time for my recap of what we saw last night at the Emmy's. Let's just say I think there was a lot to dish about since there were woofer's aplenty.

I would KILL to be a star stylist.  A stylist's sole responsibility is to make sure the dress: fits, flatters, is appropriate, and won't land you on the worst dressed list or as fodder for Joan and company, even when the company sports lilac hair.

If you were expecting to see a sea of Fall colors, you missed the point. Fashion always has to fly forward and for the most part, oxblood is over, even though you haven't worn the first piece you had to have.

Designers showed an abundance of citrus on the runways for Spring/Summer 2013, so what lit up the night was a luscious grove of tangerine, orange and lemon...most of it well done...yes, most.

On the designer front, the Emmy went to Monique Lhullier, who made everyone she dressed look flawless:

Clothing is my armour...

Clothing is my armour... by divadebbi

I must admit, I really like this set and I am crazy about this Alexander McQueen dress.  It's from his secondary collection, which means it has been keeping me up at night pondering my indulgence.

It's Emmy night, so I have been scouring the Internet for pictures, watched all the cheesy Red Carpet shows and the show itself, all in preparation of my DivaDebbi's Report Card blog.

Special props to Claire Danes and Damien Lewis, the leads of my obsession Homeland. Their work was some of the finest I have ever seen and I am over the moon that they won, (this from someone who thinks of Jon Hamm as her boyfriend.) I'm thrilled that their cast, writers and directors were also honored with the Emmy for Best Drama.

Don't forget to check back...there were tons of woofer's...this is going to be fun :)

Posted by DivaDebbi at Sunday, September 23, 2012 No comments:

I was doing a CVS run the other day, when I spotted these Kohl liners from Physician's Formula.  I instantly tripped down Memory Lane and remembered the little triangle of Madeline Mono Kohl that we were crazy about using when I  was growing up.

The fact that Madeline Mono lived in our hometown, only added to the lust and luster of having to have them.  They were available at Gilliar's Drugstore, a temple of beauty in the middle of town, with rich mahogany floors and cabinets, that I regularly worshipped at.

When I spotted these trio of kohl liners, conveniently created to enhance your eyes by color, I didn't think twice before purchasing them--once I saw that they are m waterproof.  Traditional kohl is very soft and was usually used to line the water line (inner rims), since they have a real propensity to flake and smudge.

I wanted to love them... truly I did.

Read more »
Posted by DivaDebbi at Saturday, September 22, 2012 No comments:

I am soooo looking forward to seeing the marvelous documentary about Diana Vreeland that was released on Friday.  Right now, it is only playing in two theatres in NYC, and I have the feeling it's going to be a very hot ticket.

Diana Vreeland intended to be light years ahead of the curve, not just of fashion, but of art, interiors, music and society.

I love this charming Interview Magazine cover that featured DV at the height of her power.  I can't help but think how much she would have adored and mentored the late, great Alexander McQueen, so I included McQueen accessories in this Polyvore set I created.

DV was famous for wearing her Verdura Maltese Cross Cuffs.  I took some liberty here, and imagined this double headed McQueen skull ring in the same vein. I  think she would have adored this Asian inspired McQueen clutch as well.

DV was nothing, if not meticulous.  She had the soles of her shoes polished black everyday.  She loved red, so naturally, Christian Louboutin's red soled trademark shoes would be something she would have championed.

When DV was pushed out of Vogue after her long tenure, she went on to curate the Costume division of the Metropolitan Museum. Besides the incredible exhibitions she created and oversaw, she also founded the Costume Institute Gala, which to this day, is Fashion's biggest night out each year. I have no doubt that she would have approved of this showstopping lace and chiffon Valentino gown, as well.

I raise my glass to you Ms. Vreeland. Your legend looms large and we honor it...


Posted by DivaDebbi at Saturday, September 22, 2012 No comments:

Is Face Yoga Better Than Botox???

As soon as I saw this extraordinary Couture Christian Dior dress, I knew I had to create a Polyvore set to celebrate it.

xox,
DD
Posted by DivaDebbi at Friday, September 21, 2012 No comments: