Let's Hear it for New York 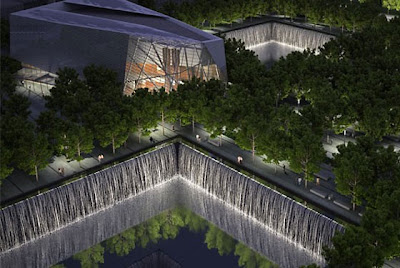 Can you quite believe, it's been 10 years since our world changed irrevocably, when Al Qaeda terrorized our country and murdered over 3000 U.S. citizens? Just as news of Pearl Harbor, The Cuban Missle Crisis and the Kennedy assassination, haunted previous generations, the morning of September 11th 2001 and the fall of the World Trade Center Twin Towers is forever seared into a new generations consciousness.

Is there anyone amongst us, who can forget where they were exactly on that morning?

Sunday's commemoration ceremony honors those who died, even the unborn children of the women who were pregnant, just as it should.  It was no surprise to hear that chatter of another terrorist attack on N.Y. or Washington had been intercepted and that security is extraordinarily heightened.  I think it is going to be a beautiful day of rememberance.  Those who perished here (and in D.C. and Pennsylvania), deserve it.

Tomorrow is also day 4 of Fashion Week for Spring 2012. 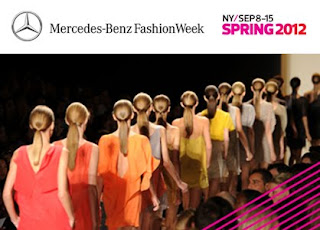 I have been looking forward to a day filled with shows at Lincoln Center the home of Mercedes-Benz Fashion Week, as guests of my friends Peter and Linda Levy and reporting on them for you...

Am I bailing??? Not on my life!   The best way I can think of to honor those who died and the heroes who tried desperately to save them, is not to cower and hide. God willing, tomorrow will pass without incident. Though it is impossible to imagine what this day means to the families and friends of those whose loved ones perished that day.

Life has gone on...Spouses have died and remarried.  Children have grown, some having no memory of their parents who perished. First responders, who worked selflessly and tirelessly in the rubble of the World Trade Center for days and weeks following  9/11 are suffering with illnesses borne from this cowardly attack.  We owe them and we must do right by them.

Wishing you a world of Peace and good health.  We shall never forget.  God Bless America.

Posted by DivaDebbi at Saturday, September 10, 2011