Lash Dip- Would You Take The Plunge? 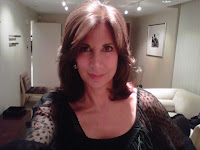 You know I would!  As soon as I heard about  Lash Dip, "The worlds most perfect coat of mascara", I knew I had to try it.  The fact that it does not just impart color, but adds lush, clump less volume and  lasts for six weeks???...Puh-leaze!  A total no brainer...


Lash Dip is the love child of Jessica Harley and Gina Mondragon,  friends and beauty experts in lash extensions, makeup and hair color.  They longed to create something better than dye and more natural than extensions.  After exhaustive research, development and testing, Lash Dip is market ready and buzz worthy.  They believe it is "The Future of Lash Enhancement".  Currently, it is only available in 17 salons and spas in the country, as they  do require extensive training and certification. (Phew)...countless friends and colleagues tried to talk me into waiting until it was more mainstream, but naturally I was not to be deterred.  Listen, if I could get through childbirth and my Latisse trials, Lash Dipping would be a breeze. 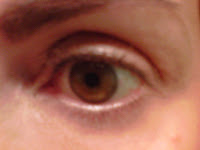 I took some before and after pics, so we could objectively see the results.  Above,  is a picture of me first thing Tuesday morning with no makeup.  Below is a few minutes later, with shadow, liner and two coats of mascara:

I had my choice of being dipped in N.Y.C. or somewhat locally.  I chose to go the Shine Salon +Spa in Ossining, N.Y., where I met the lovely Justine Occhipinti, their resident makeup artist.  Justine heard about Lash Dip and immediately thought this would be something, "her brides" would love, since she does a lot of wedding parties.  "Imagine, not having to worry about your mascara running or flaking at your wedding and than flying off to your honeymoon, waking up looking great every morning?".  Makes sense to me!

I did have some concerns about the procedure and Justine took the time to reassure me.  In two years, there have been zero allergic reactions and has even been used on pregnant women.  The only way to get Lash Dip  is to be certified.  Justine was trained in N.Y., by Gina and Jessica personally. I was breathing a little easier.  I asked what it was made of and was not surprised to hear it is a "patent pending", proprietary secret...no matter really.  Unless Justine said, "tar", I was going ahead anyway.

After I removed my eye makeup, Justine showed me to a spa room, where I relaxed on a comfortable table, while she got to work.  She first applied a special adhesive tape, infused with moisturizers, on top of my lower lashes.  Than she curled my uppers with a warm metal eyelash curler, and started dipping my lashes one at a time and carefully separating them one by one and blew them dry with a special tool, designed for Lash Dip.  There was no smell or real discomfort, other than a slight tug from the tape.  I could tell Justine was a perfectionist and really wanted me to love my lashes.   It took about an hour and after two coats, Justine asked me to take a look and see if it was thick enough.  It had a soft natural look, but I knew I would be happier with another coat and Justine, nicely obliged.  Here's how my lashes looked first thing yesterday morning: 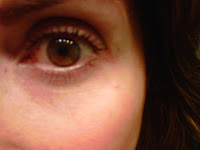 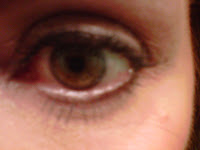 \
And above, after only shadow and liner.
It was a pleasure to save some time getting ready this morning.   I can see why this would be appealing, particularly to busy Mom's or no makeup types.  It saved me about ten minutes.  If you do the math, that's a 6 hour savings, over the course of 6 weeks!  I do feel it is still less mascara than I normally would wear, so I compensated with a little more liner. I am also a fanatic about removing every spec of makeup at night, so I hope I can get used to feeling like I slept with my mascara on.
So how much does it cost to get Lash Dipped?  Shine Salon +Spa charges $250, which includes a touch up  and fluff cleaning  at two weeks and complete removal after 6. (Of course the hope is that you are back for a double dip, and so on every six weeks).  Lash Dip lashes are waterproof and low maintenance.  Only you can decide if it's worth the splurge...I think Justine was on to something with the Bridal market. I can see it becoming a staple on the "count down list" to the "Big Day".
What's on my wish list from  Jessica and Gina?  Lash Line.  6 weeks of semi-permanent liner?  Puh-leaze,
a total no brainer.
So,  what about you...are your ready to take the plunge???  I would love to know...
xox,
DD
Posted by DivaDebbi at Thursday, November 11, 2010