Misses and Hits- Two out of Three Ain't Bad 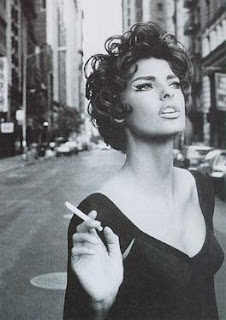 I tried two Maybelline products this week.  One was a miss and the other a hit.  I am a sucker for any makeup technique that helps create a "cats eye".  If you have ever had individual false eyelashes applied to the outer corners of your lashes, you know how dramatic the difference is.  Look how divine Linda Evangelista looks in this photo channeling Sophia Loren or Gina Lollabrigida.

I tried Maybelline's The Falsies when it was launched last year.  I was reasonably happy with the color, consistency and brush.  For a drugstore offering, it could go to the head of the class.

When I heard they created The Falsies Flared with a curved spoon shaped brush to create length and volume in the outer corners, I knew I would have to try it... 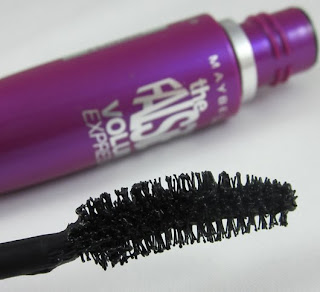 I wanted to get the best possible result, so I applied it the way I do when I have time--seated with a hand mirror. I also, did the wriggle method, starting at the root and working my way to the tip.  I expected the tip of the "spoon" to actually be wider, since that's were the volume was supposed to be concentrated.  Wouldn't that make more sense?  I got up to look at my handiwork and was totally underwhelmed....MEOW.

I saw no difference, no cat eye and a less effective result in general that with the original The Falsies. If you have had better luck or can suggest a different technique, will you please let me know?  Thanks and purrs. 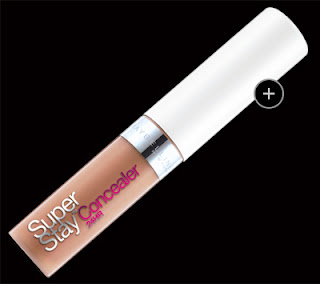 I had much better luck with Maybelline Super Stay 24hr Concealer.  I have noticed as of late, that the more under eye cream I use, the faster my concealer disappears.  I definitely had concerns that a long wearing concealer might create a tight, Saran Wrap effect, highlighting fine lines. I purchased it anyway, and tucked the receipt in my car console.

I chose the Medium shade, which has a slight yellow tint.  It works with my skin tone and according to the Bobbi Brown cosmetics mogul and maven, the way all concealers should be conceived.

It comes with a sponge tipped applicator, which I prefer to dab on my finger and then pat gently under my eye. Since I barely had concealer left on my face after 8 hours of wear, I put it on directly over my existing makeup.

I was delighted to see that I instantly looked refreshed, like I just took a 2 hour cat nap.  There was no tugging or pulling and it stayed completely put, until I removed my makeup.  Brava.

I had equally good luck the next day when I used it over freshly cleansed skin.  It stayed flawlessly and required no touch ups during the day, (which is a good thing, since I now only travel with a lipstick and gloss, having lightened up this summer by only carrying a small nude messenger bag).

This is the second product I have purchased from Maybelline's 24 Hour Super Stay Collection.  I had equally good luck with their lipstick...so technically I'm two for three and as the song says, "Two out of Three Ain't Bad".