The other day I was having lunch with one of my favorite clients and friends Susan. She and her adorable daughter Stephanie both shop with me, (though just to be clear, Stephanie shops mainly in Susan's closet.)

Fans of my blog, they both wanted to know if I have been watching "Botched" because they can't stop and imagined it would be right up my alley. Spot on Girls, I was always a fan of Extreme Makeover and The Swan and bemoaned their demise, but wait...what???  It's already airing?

I remembered an email I received from a casting producer a few weeks back. Sarah was telling me about Botched a  E! T.V. show for people who have had awful plastic surgery or who are obsessed with perfection...oooohhh goodie!!! She wanted to know if I knew anyone who might want to be considered to have their botched plastic surgery corrected on the show by renown Beverly Hills Plastic Surgeons Dr. Terry Dubrow and Dr. Paul Nassif.

Fortunately, I didn't, but I assured her I would no doubt be a rabid fan.  What I didn't catch in my usual multi-tasking mode, was that Botched is already airing and they were casting for season 2.  Naturally I considered driving home immediately to watch them all on demand...

I caught up later that night and hosted my own mini marathon...Let's just say I am hopelessly, shallowly, devoted.  For starters, I like the synergy between Executive Producers and Drs. Terry Dubrow and Paul Nassif.  Both  of their wives have appeared on The Real Housewives of Beverly Hills (and in fact, I interviewed Heather Dubrow last year...perhaps that is how Sarah connected to me) and the doctors have been friends for 15 years.

They are both incredibly talented and totally ethical, turning away surgeries requested by bizarre surgery addicts or people who they don't think will be satisfied with normal corrections. It is truly disturbing to see these botched surgeries or meet people like Justin, who has undergone over 132 surgical procedures in his own warped pursuit of perfection. Who are the charlatans that have performed this work???

It is really great to see "regular" people who have had surgeries with dire results skillfully restored to normal.  Their relief and gratitude absolutely makes for feel good television.

I reached back out to Sarah and told her how much I love Botched. She was delighted.  I asked her if I could include the casting poster in my blog.  Happily, she agreed, so here you go Peeps if you or someone you know needs an expert cosmetic revision, here's your chance: 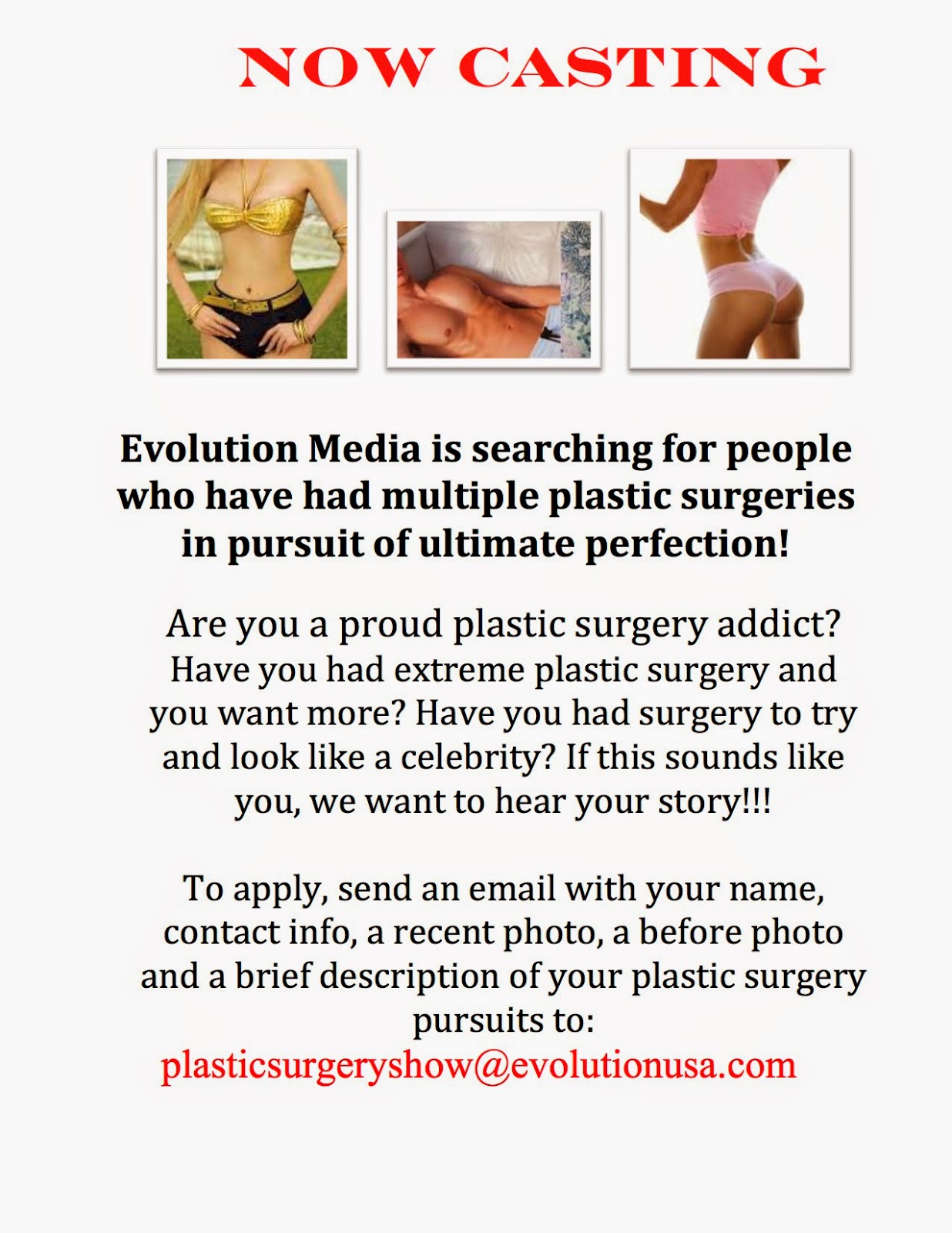 If you do contact them, please tell them DivaDebbi sent you. For the rest of us, let's just say thanks to Susan and Steph.  We don't want to miss this...