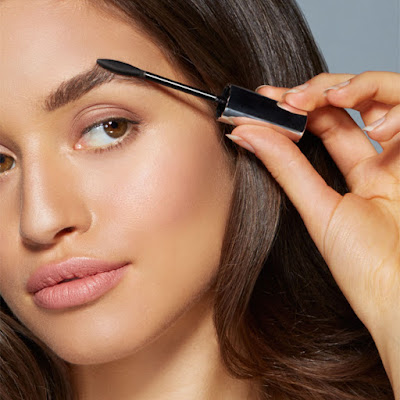 Well, that's a mouthful...but I can look past it.  I'm a fan of Maybelline's brow products, as well as Benefit's Gimme Brow, because it's fiber infused.  What I don't like about is the price.


I've been waiting patiently for someone from the mass arena; L'Oreal, Maybelline, Revlon, Cover Girl et al, to create a brow product with fibers. It's such a no brainer...don't most women want fuller brows?  And Gimme Brow was an quantifiable hit.  Finally, it's here.

I opted for the dark brown, though if the medium brown was available, I might have caved.  This is a wetter formula then Benefit's Gimme Brow and though the fibers are hard to discern,  it does deliver a thicker, fuller brow and it's a snap to use.

Would I call it a love?  Pretty much. Hop to Lovelies...