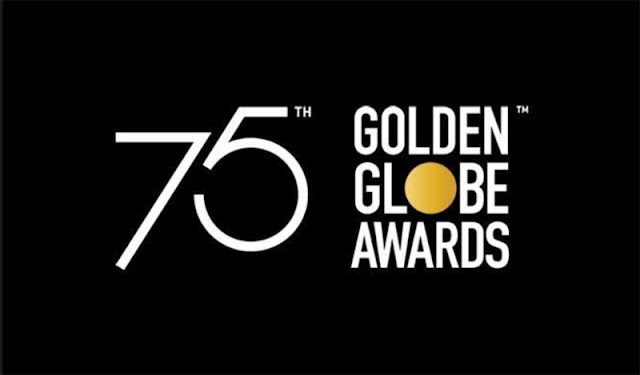 Well, it was an interesting night, no one can deny that.  The politics absolutely trumped the fashion, which was the point, of course...But Lord, it made for a snoozy Red Carpet -just sayin.

The night no longer belonged to the "mani-cam" an embarrassment that will not be missed, though boy, I wish I knew who on earth, they were, "wearing"!!!

It was the night where woman had there say and in tandem and groups the solidarity and message loudly sounded was # Time's Up; sexual harassment and inequality, your days are numbered. 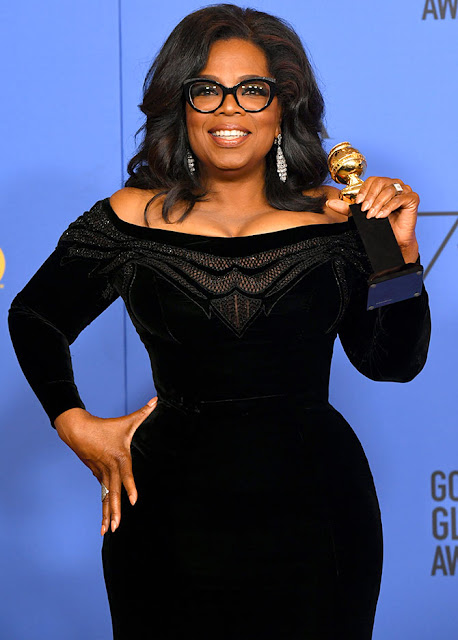 No one said it better than Oprah Winfrey, who brought the house to it's feet with her impassioned and stirring speech as she accepted her Cecil B. DeMille  Lifetime Achievement Award.  She was utterly magnificent!

Additionally, she looked radiantly beautiful! Slim, chic and glowing!  Oprah has never shied from her very public struggle with her weight and it was a delight to see that it's another, very personal fight that she has conquered.

On every level, just WOW!!!

Standing out in a sea of black, is no small feat, and it amazed me how few of the stars and their stylists, managed to do it in a good way...There were over a dozen that I thought were down right AWFUL.

That's all I've got Lovelies...now on to the train wrecks.

Personally, I am all for the women's empowerment movement's continued rise, but please please please, let's remember that we can be strong without clothing defining us.  Looking forward to the Academy Awards...in technicolor.